Three: Second Lieutenant L. Brokenshire, 13th Battalion Canadian Infantry, wounded in action, 2 May 1915
1914-15 Star (24797 Pte., 13/Can. Inf.); British War and Victory Medals (2 Lieut.) extremely fine
Footnote
Lawrence Brokenshire was born of Canadian parents in Mito, Japan on 18 December 1891. A Student by occupation, he attested for the Canadian Overseas expeditionary Force on 23 September 1914. His next-of-kin was the Rev. W. H. Brokenshire, of Hallowell, Maine, U.S.A. He served with the 13th Battalion Canadian Infantry (The Royal Highlanders of Canada). Serving with them in France/Flanders, he was wounded in action on 2 May 1915 – suffering a gunshot wound to the left thigh, and was invalided to England. In November 1916 he was attached to the Royal Flying Corps Officer Cadet Battalion. Discharged to a commission in the Imperial Army (London Gazette 24 April 1917). With copied Canadian service papers. 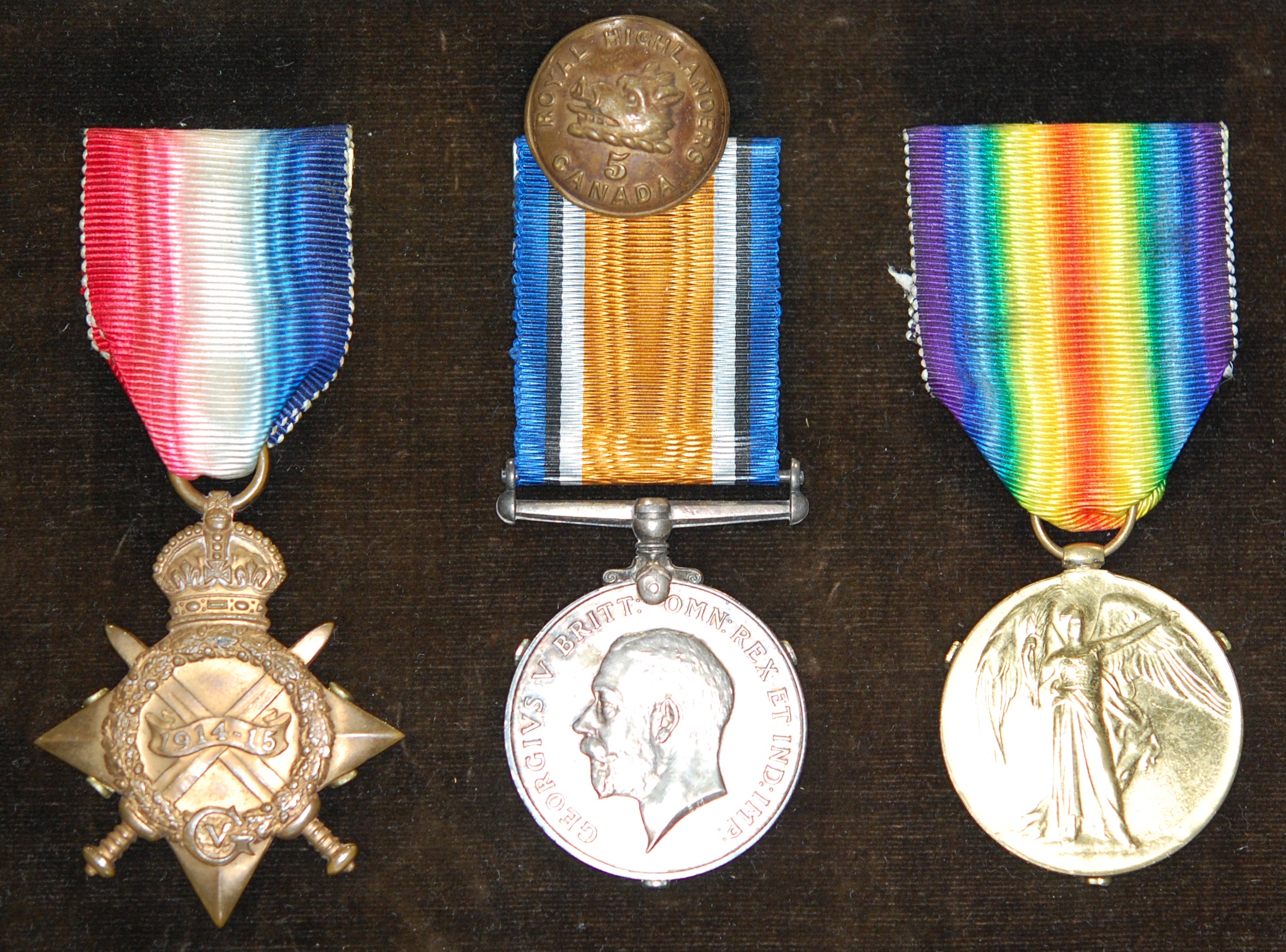 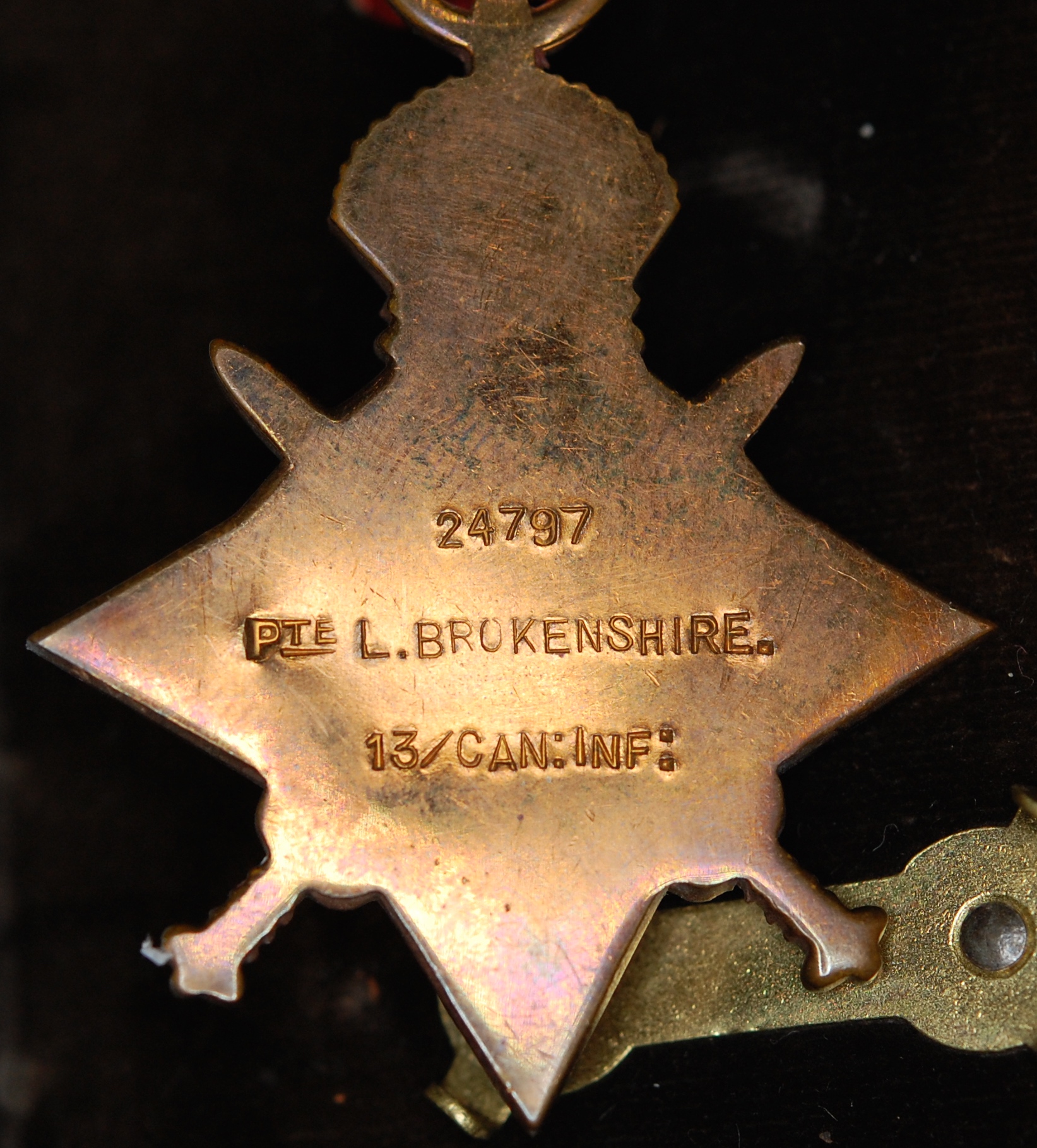