British War and Victory Medals (412714 A. Sjt., C.M.G. Bde.), with related Memorial Plaque (Thomas Stanley Dibnah), in original registered forwarding envelope, and Canadian Memorial Cross, G.V.R., the reverse officially inscribed, ‘412714 A.-Sgt. T. S. Dibnah’, extremely fine, together with “Tribute” gold-filled pocket watch, the inner case engraved, ‘Presented to Sgt. Thomas S. Dibnah by the Township of Mariposa for services in the Great War 1914-1919’, a Victoria’s County “Tribute” Medal for returning men of the C.E.F., bronze, the reverse inscribed, ‘Sgt. T. S. Dibnah, 2nd Bn. C.M.G.C.’, a named, pre-war silver award for shooting and three 4th Battalion, C.M.G.C. badges
Footnote
Thomas Stanley Dibnah, who was born in Hull, England in November 1890, enlisted in the Canadian Expeditionary Force in March 1915, aged 24 years. Arriving in France with the 4th Canadian Machine Gun Corps in early 1916, he was advanced to Corporal in the Field and was wounded on 4 August of the same year. His service record notes his subsequent transferral to 5th Canadian Field Ambulance, and thence to No. 12 Casualty Clearing Station, but by the middle of September he had been returned to active duty with the 2nd Battalion. Quickly advanced to Lance-Sergeant, he remained in France until May 1918, when he was evacuated as a result of ill-health to England. Dibnah returned to Canada in August 1919, having found himself an English bride whom he had married at Seaford, Sussex in February of the same year. Remarkably, the existence of the memorial plaque and Canadian Memorial Cross indicates that the Canadian authorities were satisfied that Dibnah’s death in 1925 was a direct consequence of his war service many years earlier. 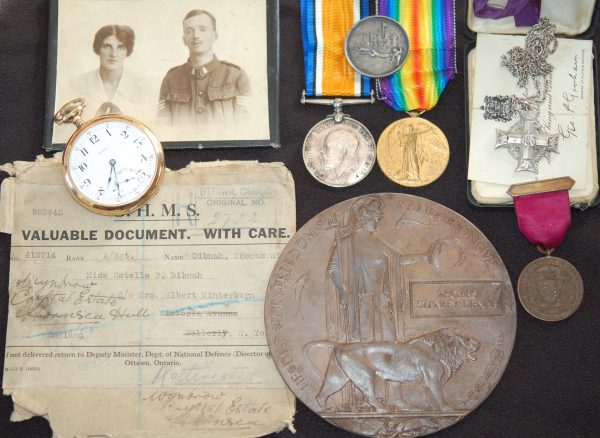 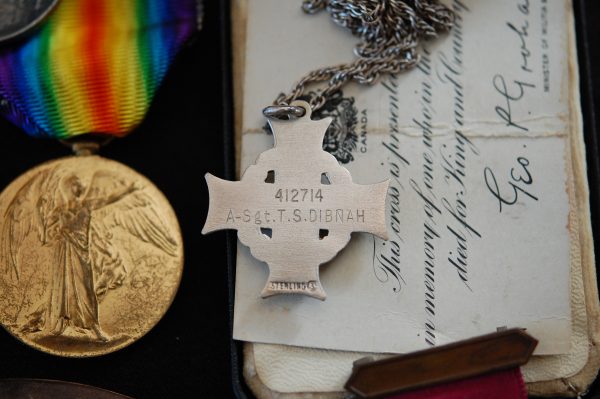 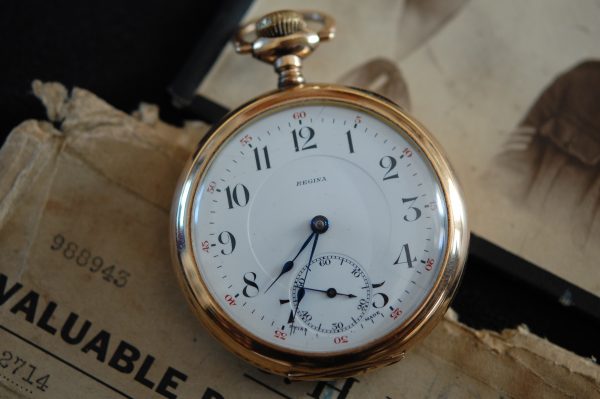 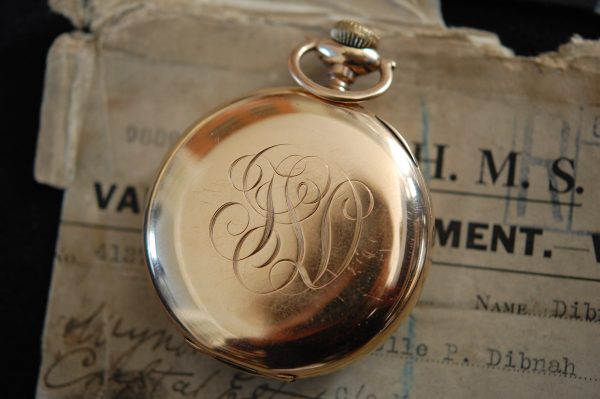 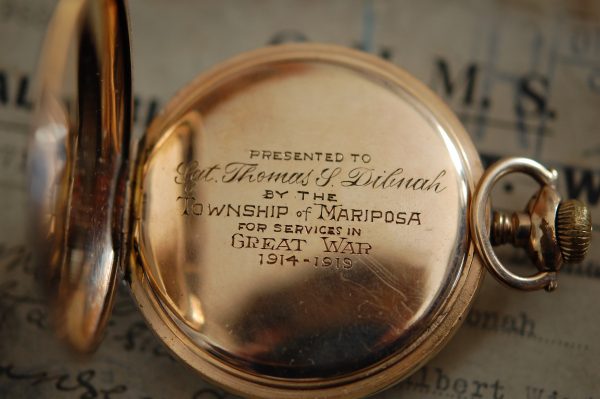 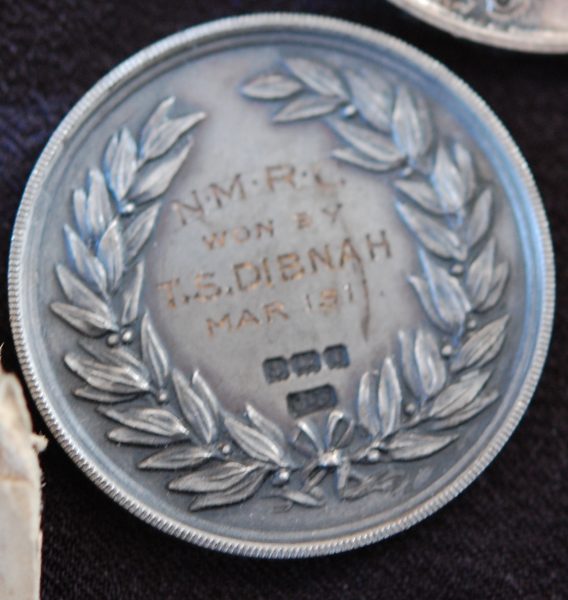