WWI Pair and MID with Memorial Cross and wound strip to LIEUT. E.M. Rowand.  British War and Victory medal pair with mentioned-in-despatches to Lieut E. M. Rowand. Memorial Cross engraved to “Lieut E. McL. Rowand. with a wound strip.  With papers.  Elmer McLeod Rowand was born in Burnside, Manitoba on 27 June, 1890.  He enlisted at Toronto on 9 June, 1916. He listed his father in Minneapolis, Minnesota as his next-of-kin. Papers confirm M.I.D.   For service with the 70th Bty, C.F.A.  Rowand died of wounds 22-5-1920. Obituary reads: Owing to illness contracted while overseas, death came on Saturday to Lieut Elmer Rowand, son of Rev. W.L.H. Rowand and a member of the firm of Eckardt, Eckardt and Rowand.  Lieut Rowand was born in Manitoba, he graduated from the University of Toronto in 1912 and from Osgoode Hall in 1915.  In the same year, he was called to the bar.. After the war broke out he took an artillery course at Kingston and in 1916 took a draft of 50 men overseas. After taking further training in England he joined the 20th Battery, to which he was attached until the end of the war.  He was once wounded, but his death was due to the general breakdown of his constitution.  He returned in June of 1919 and was recently married to Miss Florence Rowand of Walkerton. 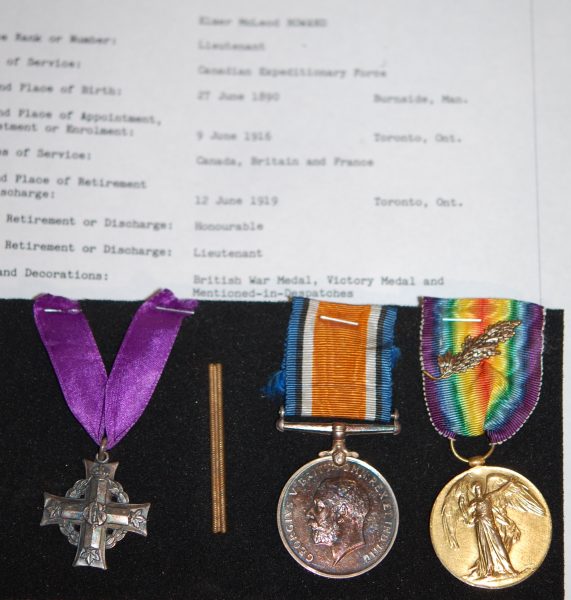 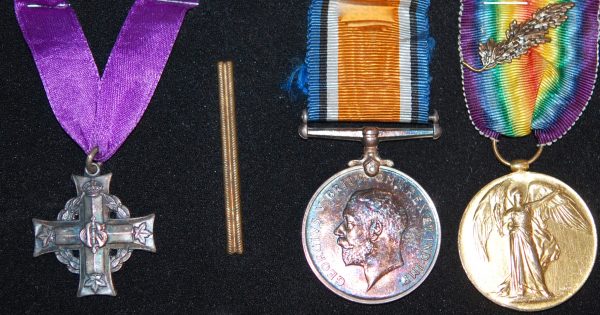 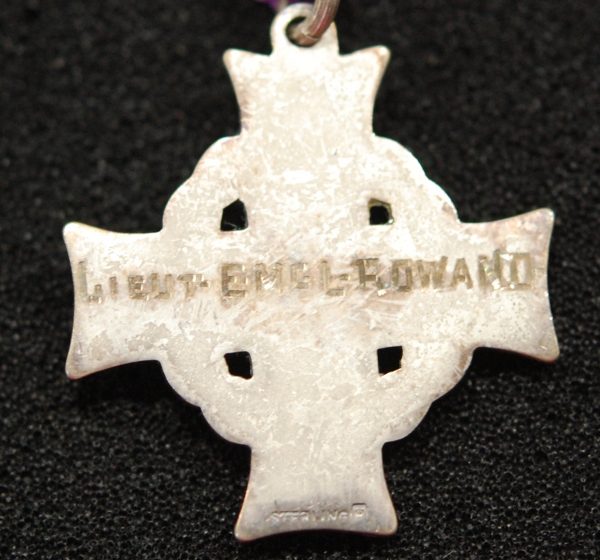