WWI British War medal named to “Lieut E.L. Gleason.”   Ernest Leslie Mcleod Gleason was born 22nd April, 1883 at St. Stephen, New Brunswick.  At the time of enlistment, he stated previous service with the 50th Gordon Highlanders.  He was a carpenter by trade and listed his wife at 611 Superior St. in Victoria, BC as his next-of-kin.  Gleason was killed-in-action at the age of 37 while serving with the 102nd Battalion on August 9, 1917.  He is buried in France, Villers Station Cemetery.  Medal in very fine condition. 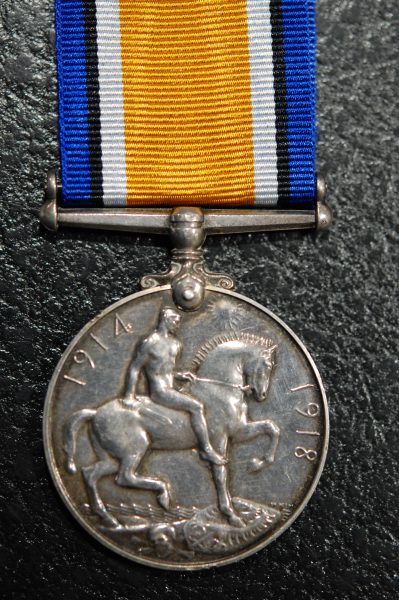