British War medal (931046 Spr J.A. Talbot, C.O.R.C.C.); Victory medal (931021 Spr W.J. Talbot, C.O.R.C.C.). Both Talbot’s are listed in “The Black Battalion” book written by Calvin W. Ruck on page 80 as James Alexander and William John from Mulgrave, Nova Scotia. Their service records reveal that they are brothers, both from Sydney, Lingan Road, Cape Breton and they share the same mother “Elizabeth Marshall”. JA was born in 1892 and WJ was born in 1896. One was a bridge builder and the other a mechanic, respectively. Both medals with their original silk ribbons, very fine condition, some minor edge bruising on BWM. VF 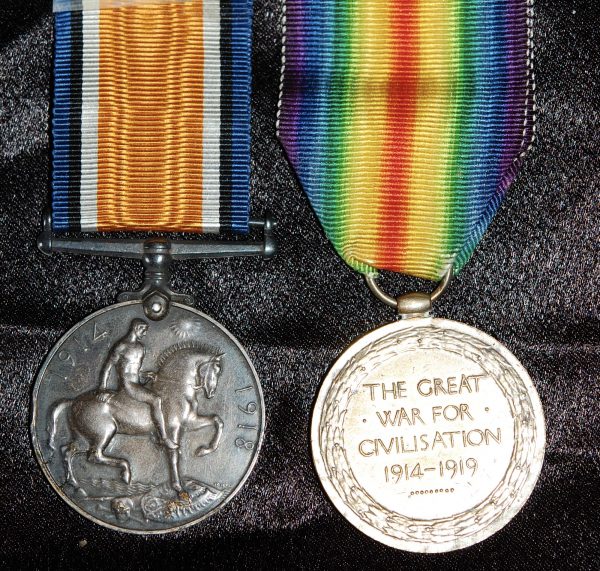 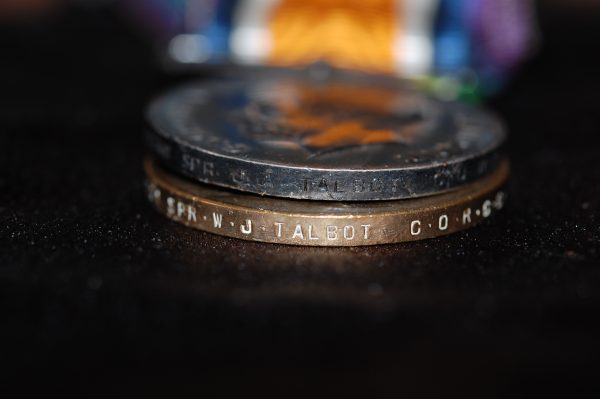