The very rare ‘Raised Dates’ Q.S.A. awarded to Private T. H. A. Williams, Lord Strathcona’s Horse, who was wounded at Rietfontein in July 1901 and was later a Captain in the Canadian Scouts

Footnote:
Thomas Henry Addams Williams was born in Monmouth, Wales, in about August 1864, and enlisted for Lord Strathcona’s Horse at Nelson, B.C., on 8 February 1900, aged 34 years 6 months, a surveyor by profession. In June 1900 Strathcona’s Horse joined Sir Redvers Buller’s Natal Field Force. ‘From the moment of their arrival, they served with marked success. I can hardly speak too highly of the value Strathcona’s Horse have been to the Natal Field Force.’ (Buller’s Despatch, London Gazette February 1901 refers.) They took part in seven major actions as part of the Earl of Dundonald’s 3rd Mounted Brigade. The unit suffered 50 casualties, 12 killed in action, 14 died of disease, 24 wounded. After the occupation of Pretoria and the annexation of the South African Republics, Lord Roberts declared the war to be over and left for England in December 1900. As a privately sponsored unit whose contractual year of service was close to its expiry, Lord Strathcona’s Horse was one of the first to be withdrawn. The regiment embarked at Cape Town on 20 January 1901, but Williams did not go with them because he had already enlisted into the Prince of Wales’s Light Horse (No. 20482). Shortly afterwards, in June 1901, he received a commission as a Lieutenant (and later a Captain) in the Canadian Scouts, and was slightly wounded at Rietfontein on 9 July 1901, the circumstances of which are described in the following two extracts taken from Jim Wallace’s Knowing no Fear, the Canadian Scouts in South Africa 1900-1902:

‘In a skirmish one of the Canadian Scouts had his horse shot out from under him and he was immediately seized by eight Boers. When left with two of his captors, the Scout managed to lead them within range of a small kopje held by a patrol of the King’s Royal Rifles. This movement exposed one of the Boers and the officer in charge of the patrol promptly shot him. The Scout then slipped out a pistol, which he had somehow concealed and shot the other Boer. The Scout was probably Lieutenant Thomas Williams, a former Strathcona, who had the end of his finger shot off when he was captured. According to the Toronto Globe, two of Williams’s captors marched him about a hundred yards when he drew his pistol, which had somehow been overlooked when he was searched, and shot them both.’

‘Captain Thomas Williams, who made an intrepid escape after being captured by the Boers near Rietfontein in July 1901, was Mentioned in Despatches ‘for conspicuous good services in General B. Hamilton’s operations in the Ermelo District in December and January last.’

Only 62 medals with the dated reverse were issued, and 58 of them were to men of  Strathcona’s Horse. Williams is entitled to 3 clasps, Natal, Orange Free State and Belfast. 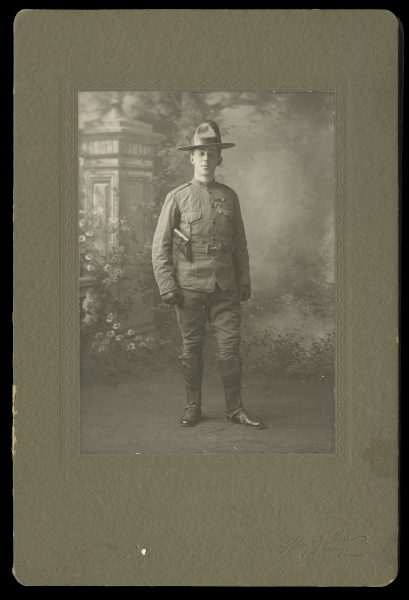 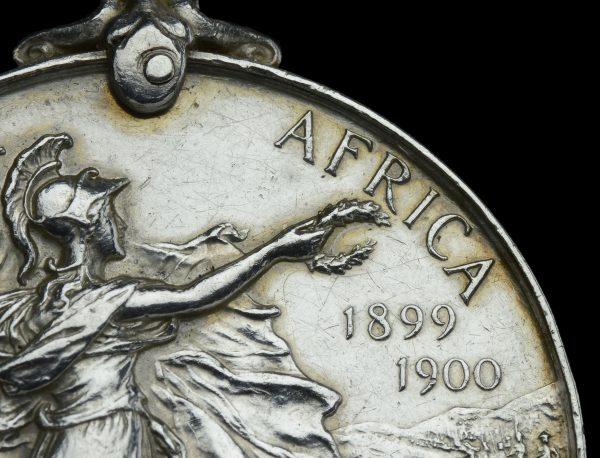