The outstanding Waterloo Medal awarded to Lieutenant J. S. Cargil, 52nd Light Infantry, who had an unfortunate encounter with the Duke of Wellington

The outstanding Waterloo Medal awarded to Lieutenant J. S. Cargil, 52nd Light Infantry, who had an unfortunate encounter with the Duke of Wellington soon after the above described events at Vera in October 1813: described by Sir Harry Smith as a ‘manly, rough young subaltern’ and by another fellow officer – Charles Kinloch – as ‘a tall, good looking, rattling, harum scarum, devil-may-care, sort of fellow’, he ended his career in disgrace in Paris in 1816, where he ‘took to drinking very hard during the winter months and got into several very ugly scrapes’

Waterloo 1815 (Lt. Ja. Stewart Cargil, 1st Batt. 52nd Reg. Foot), fitted with steel clip and ring suspension, edge bruising and contact marks, therefore good fine
Footnote
James Stewart Cargil was born at Dunkeld, Perthshire, in January 1795 and was appointed Ensign in the 52nd Foot on 23 June 1812, aged 18. Promoted to Lieutenant in April 1813, the same month in which he embarked for the Peninsula, he went on to witness extensive action, being present at San Milan, Vittoria, the Bidassoa, the Pyrenees, Nivelle, Nive, Orthes, Tarbes and Toulouse.

Encounter with the Duke of Wellington

It was in the Pyrenees, during the aforementioned action at Vera on 7 October 1813, that he came to prominence, his deeds passing into regimental folklore. Yet, as related many years later in Sir Harry Smith’s autobiography – he was serving as Colborne’s Brigade Major in 1813 – an unfortunate encounter with the Duke of Wellington followed hot on the heels of his ‘receiving on the spot the swords of fourteen French officers’:

‘The prisoners [taken at Vera] were sent to the rear (what became of their arms I never knew) under the charge of Lieutenant Cargil, of the 52nd Regiment, a manly, rough young subaltern, who on his march, just at dusk, met the Duke, who says, “Halloa, sir, where did you get these fellows.” “In France. Colonel Colborne’s Brigade took them.” “How the devil do you know it was France?”. “Because I saw a lot of our fellows coming into the column just before I left with pigs and poultry, which we had not on the Spanish side.” The Duke turned hastily away without saying a word. The next morning Mr. Cargil reported this to Colonel Colborne, whom I hardly ever saw so angry. “Why, Mr. Cargil, you were not such a blockhead as to tell the Duke that, were you?” In very broad Scotch, “What for no? It was fact as death.” It did not escape the Duke, who spoke to Colborne, saying, “Though your Brigade have even more than usually distinguished themselves, we must respect the property of the country.” “I am fully aware of it my lord, and can rely upon the discipline of my soldiers, but your lordship well knows in the very heat of action a little irregularity will occur.” “Ah, ah!” says my lord, “Stop it in future, Colborne.” Nor had his Grace cause to complain of us.’

To half-pay in disgrace

Having then fought with the regiment at Waterloo, Cargil marched with it to Paris where it was to serve with the Army of Occupation. Unfortunately, his time in Paris lasted but a year. Captain Charles Kinloch takes up the story in a letter home:

‘Another countryman of ours has been playing the devil here, Jack Cargil, took to drinking very hard during the winter months and got into several very ugly scrapes; at last about a fortnight ago when in his cups one morning as usual he fired at a countryman with ball, & played of several tricks of the same description, in consequence he leaves the Regiment immediately. I only mention this that you may not be too civil to him if he comes across you, at the same time should be sorry to have it be made public, as he may mend though I have great doubts.’

The 52nd at the time of his being placed on half-pay in the summer of 1816 was commanded by Charles Rowan, Colborne having departed on a tour of Europe with his wife. In his article, ‘Lieutenant James Stewart Cargil, 52nd Light Infantry: The Story Behind a Waterloo Medal’ (see The Waterloo Journal, Vol. 35, No. 1, Spring 2013), Andrew Browning discusses the consequences of Cargil’s fall from grace; by way of example Colborne later credited the removal of the French officers’ swords at Vera to his own servant, further stating that it was he – a man by the name of Macurrie – who met the Duke on making his way to the rear. Had Cargil’s bravery at Vera been erased from history owing to his conduct in Paris?

It seems likely, since much of the remainder of his life is shrouded in mystery; perhaps indicative of the fact that – as Kinloch had feared – he did not recover from his downfall.

Cargil did submit a statement of services, dated at Monte Video on 8 January 1830, in which he noted that during the last five years he had been generally resident ‘in the Brazils and other parts of S. America’ but was now ‘Desirous of service’. He had married at Perth on 15 June 1823, Helen Simpson, and they had a daughter Louisa Stewart, born in April 1824. Cargill died at Perth in 1833, aged 38 years; sold with copied research and The Waterloo Journal, Vol. 35, No. 1, Spring 2013 edition. 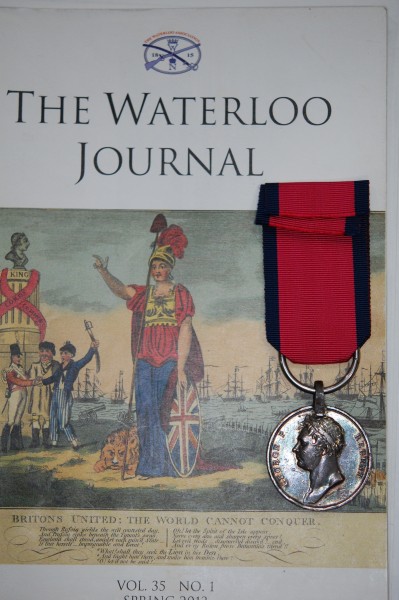 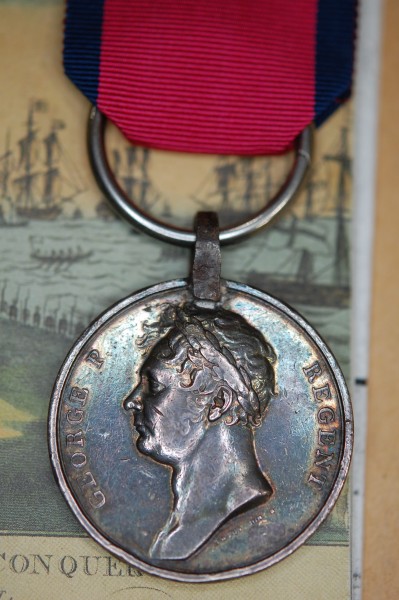 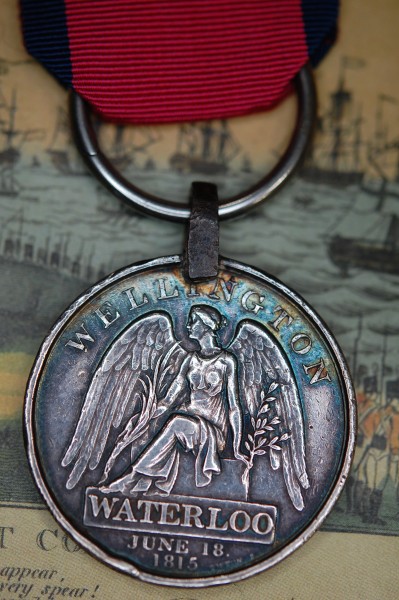