Confirmed on the B. Wilson roll for service with the North West Mounted Police, medal, no clasp entitlement.

Sydney James Dunning was born in May of 1863. Before joining the N.W.M.P., Dunning was a cabinet maker in Toronto.  He joined the North West Mounted Police on 21 April, 1885 at the 17-years-of-age.  He was injured early in his career when his horse bolted.  Dunning served in Red Deer, Edmonton, Calgary, Saskatoon and Battleford.  In August of 1894, at Red Deer, Dunning was charged with assault when he was accused of slapping the face of a Mr. James Watt while under provocation. He was cleared of those charges but appears to have had a personality conflict with a superior at some point.  That led to a demotion but he was later found to have been wrongly accused of something and was promoted back to Sergeant Major, a position he held until his retirement in 1902.  Provenance:  Jeffrey Hoare auction Oct 1997

Dunning’s 261 page service file is available through this link. 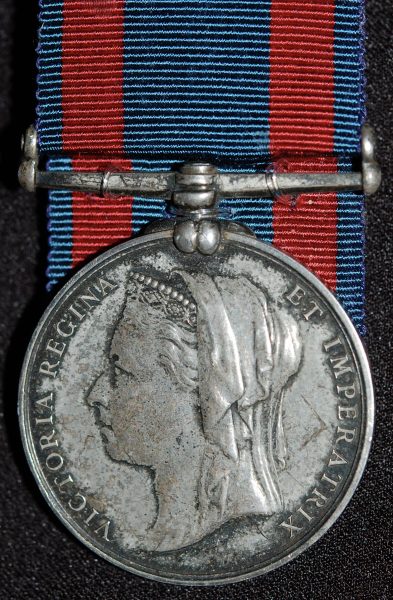 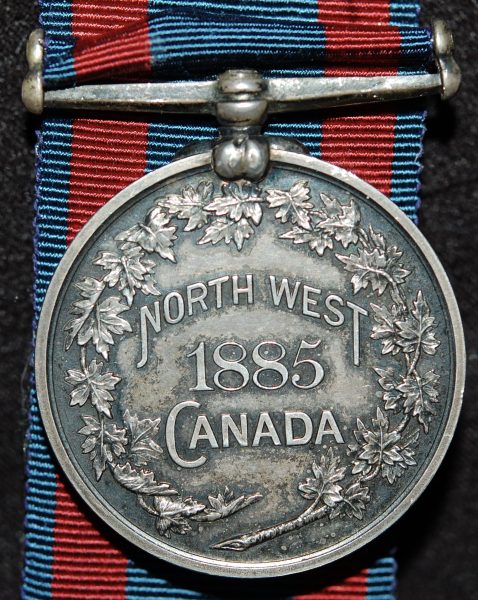 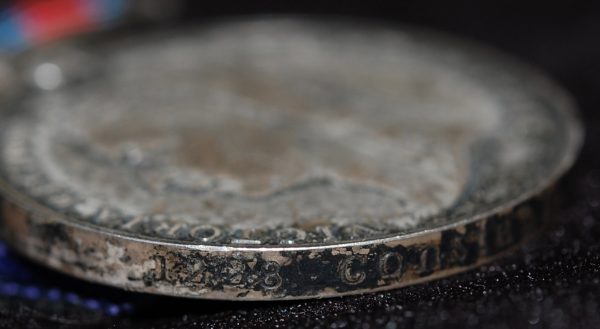