A 19″ by 15″ framed print of the 10th Prince of Wales's Royal Hussars Retreat on Corunna in 1808. Originally painted by R. Simkin. This is a reproduction print circa 1974 done by Eyre and Spottiswoode Ltd Her Majesty's Printers. The Penninsular War battle at Corunna took place 16th January 1809. The British Army arrived to find that no transports were there to receive them and the French Army was present but making no demonstration to attack. When the fleet transports presented themselves plans were undertaken to disembark through the night but at 2 pm the enemy advanced and a fierce battle was undertaken with British losses of 800 killed and wounded. The 1st Foot Guards, the 42nd Foot and the 81st Foot suffered extensive casualties. This print in excellent condition, little to no fading and the frame is in great condition (originally sold by Invicta Gallery) in the late 1970's. It has been hanging on our office wall for years but renovations have us selling off some of our artwork pieces. Will be wrapped for careful shipment. 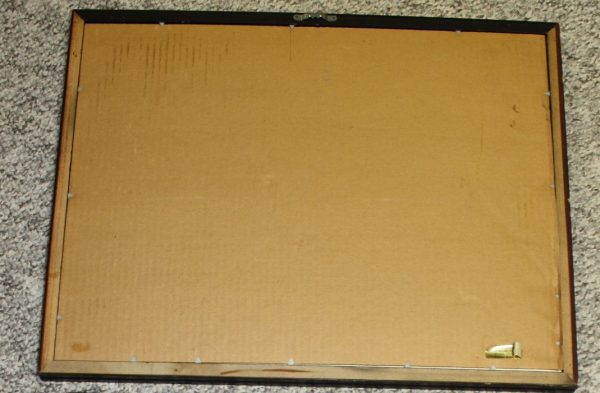 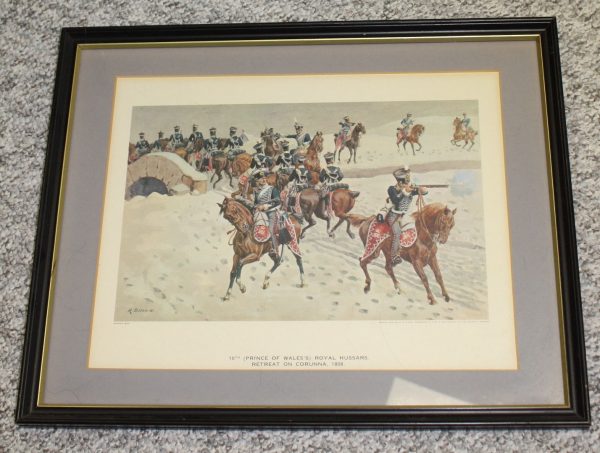