British War medal (1078622 Spr E.M. Cashman, C.R.T.) Accidentally killed when run over by a train.  Edward Michael Cashman was born in Ironsides, Quebec Oct 26th, 1874.  He was living at Bell St. Ottawa, working as a wine clerk when he attested to the 5th Pioneer Battalion at Ottawa on 25 August, 1916. He has served with the G.G.F.G. for two years.  Cashman died November 2, 1917 when (5th Battalion CRT diary reports) he was killed when accidentally run over by a train. He is buried at Mendinghem Military Cemetery, Belgium.   Medal is near extremely fine. 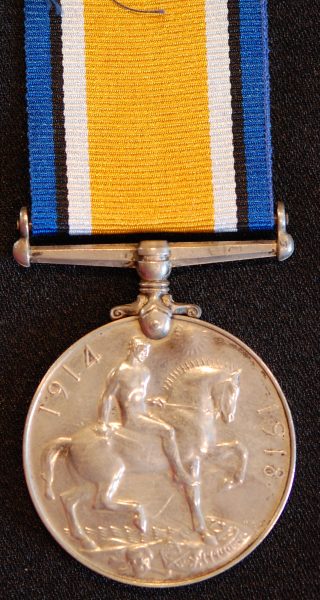