North West Canada 1885, no clasp (E.S. Andrews for Services on Steamer Northcote) naming engraved in the correct style particular to this vessel, very fine, nicely toned.   Andrews is listed in the B. Wilson roll for the medal, no clasp, as a Captain with the Transport Service.  Members of the Transport Service were considered civilian employees.  Only 35 medals were issued to the Northcote, all with clasp for Saskatchewan and all engraved in this same particular style. A good number of these were returned to Headquarters, address unknown, their ultimate fate also unknown, making this medal very rare as named to the Northcote without the Saskatchewan clasp.

The Northcote was a steamboat named after Sir Stafford Henry Northcote, the Governor of the Hudson’s Bay Company from 1869 to 1874. It was built above Grand Rapids, in what is now central Manitoba on the north-western shore of Lake Winnipeg, and was first launched in August 1874. The Northcote was approximately 46 metres in length and had two tall smoke stacks with a pilothouse located on its hurricane deck. It was the first steamboat to travel from Grand Rapids to Edmonton, a distance of 1,513 kilometres. It took 181 days to make the trip, carrying 150 tons of freight.

The Northcote was used as a troop and munitions transport during the 1885 Rebellion. It left Qu’Appelle on 23 April 1885 to bring General Middleton reinforcements. On board the steamer, in addition to the crew, were Lieutenant-Colonel van Straubenzie, Captain A. L. Howard, with a Gatling gun, and approximately 80 men from the Midland Battalion. Once the Northcote met up with General Middleton at Fish Creek, the general decided to combine his water and land-based military operations by placing thirty soldiers and two officers on board the Northcote. He wanted to create a diversion on the west side of Batoche, while he attacked from the east.

When they reached Gabriel’s Crossing on 7 May 1885 Middleton ordered his men to tear down the stables, and all the timber and sacks of grain that they found fortified the Northcote’s upper deck. The troops boarded up the sides with plywood and put mattresses across the windows. Gabriel Dumont’s billiard table and his wife’s washing machine were also taken and used for fortifications.

For Middleton’s plan to work, the land party and the Northcote had to both arrive in Batoche at 9 a.m. on May 9. However, there were no obstacles on the South Saskatchewan River, so the Northcote arrived an hour ahead of schedule. The Métis were ready for it. Patrice Fleury and other men were in rifle pits on the west bank of the river, while Gabriel Dumont had thirty men placed below the church on the east side. Dumont hoped to shoot the ship’s helmsmen and trap the Northcote by lowering a ferry cable to stop its forward momentum. The Métis then hoped to capture hostages. When the Métis started firing, the helmsmen dropped to the floor unharmed. However, the ship drifted, first into a sand bank, and then into the main stream. When Dumont gave the signal to lower the cable, his men were too slow and they only took down the ship’s smokestacks. Even though they did not get the hostages they were hoping for and did not capture the ship, the Northcote was effectively knocked out of further battle.

The Northcote drifted for 4.8 kilometres after losing its smokestacks and then stopped. The boat’s crew refused to go back upstream. When they finally decided to repair the steamer, the Métis began firing at them. A carpenter was shot in the heel, and after that, no one would go out on the deck. There were only two other injuries reported during the battle of Batoche (9-12 May 1885) from the Northcote’s crew. The boat moved downstream on the night of May 9 and continued to receive fire from the Métis. It anchored on May 10 and received light fire from both banks. On May 11, the ship’s crew decided to make it to the Hudson’s Bay Company ferry landing further downstream. It reached the landing at 3 p.m. and found the steamer Marquis already anchored there. On May 12 both steamers were ordered back upstream.

The Marquis was damaged on the way, therefore the Northcote towed it the rest of the distance to Batoche. However, when they arrived at 8 p.m., the battle had concluded. The Northcote ended its career by being beached at Cumberland House (in what is now north-eastern Saskatchewan) in 1886, where it was left to deteriorate. By the 1960s, only the boilers remained intact. 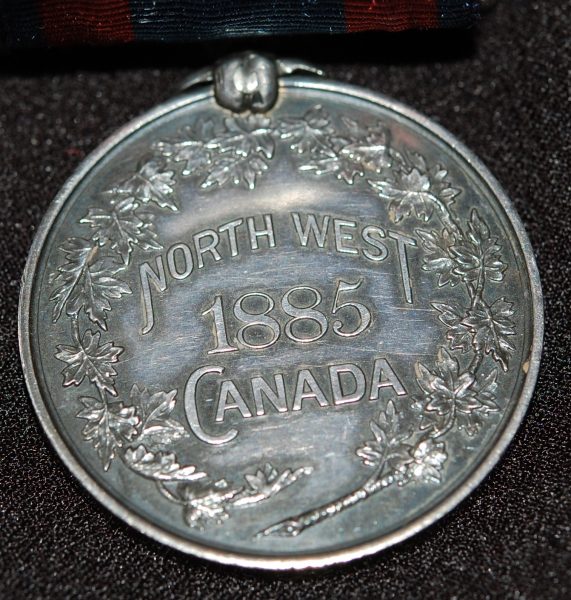