British War and Victory medal pair to Capt R.C. Lawson.  With attestation paper confirm that Robert Caird Lawson was born 30 Sept, 1880 in Dundee, Scotland. He listed his next-of-kin as Constance Helen Lawson living at Fifeshire, Scotland.  With previous service in the 103rd Calgary Rifles and Corps of Guides, Lawson served during WWI with the Saskatchewan Regiment until 29/5/1916.  No further research undertaken but he appears to not be listed after 1918. Very fine with original silk ribbon, nicely toned. 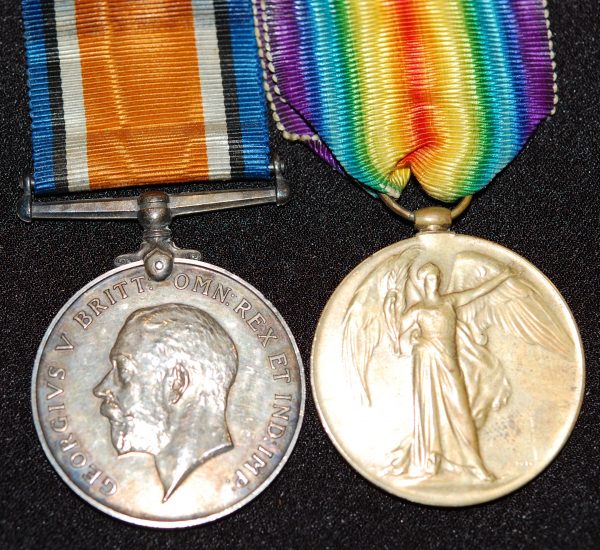 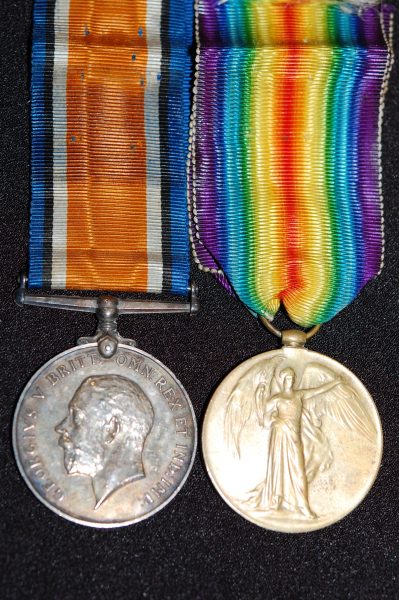 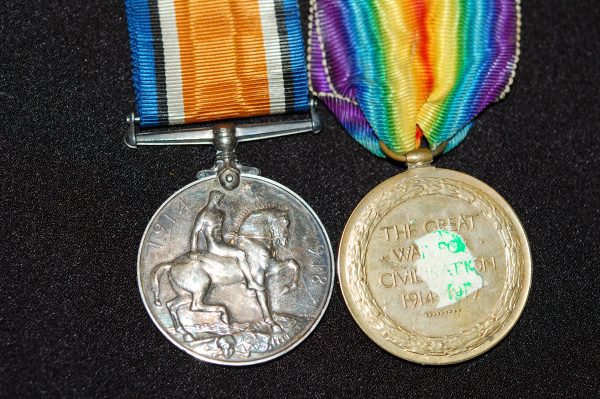 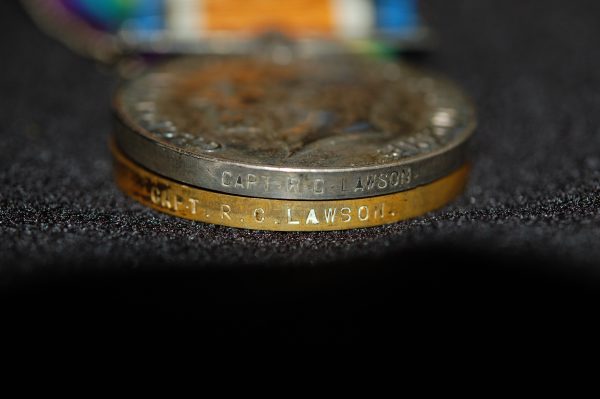