M.B.E. London Gazette 1 February 1945.
The recommendation states: ‘Major Broughall has been GSO II Intelligence HQ 2 Canadian Corps, since 1 April 1944. During that period he has worked unceasingly and effectively toward developing the intelligence organisation in 2 Canadian Corps into a properly trained and efficient organisation. He has provided sound and reliable appreciation of the enemy’s intention for the Corps Commander to base his plan on.’

Order of Orange Nassau, Fourth Class London Gazette 19 February 1946.
The recommendation states: ‘Major Broughall, throughout the whole of its operations in Northwest Europe, has performed these duties with responsibility initiative, a noteworthy independence and soundness of judgement and with a degree of enthusiasm and efficiency that permeated downward through all the Intelligence personnel in 2 Canadian Corps. By his leadership and his own conscientious and energetic work he provided the Corps Commander with an accurate and efficient intelligence service, thus contributing importantly to the success of the operations of 2 Canadian Corps during the liberation of Holland.’

Wilmot Hagerty Broughall was commissioned Second Lieutenant in the Royal Hamilton Light Infantry on 1 June 1940 and promoted Lieutenant on 23 August of that year. He proceeded overseas for Second World War service from Halifax, Nova Scotia on 16 December, arriving in the United Kingdom on 26 December 1940. Promoted Captain in December 1942, and Major in November 1943, he landed in Normandy on 28 June 1944 as a General Staff Officer Second Class (Intelligence) at Headquarters, 2nd Canadian Corps. He served in France, Belgium, Holland, and Germany during the operations on north-west Europe, and was awarded the Dutch Order of Orange Nassau and created a Member of the Order of the British Empire. He arrived back in Canada at the end of September 1945, and rejoined the Royal Hamilton Light Infantry. 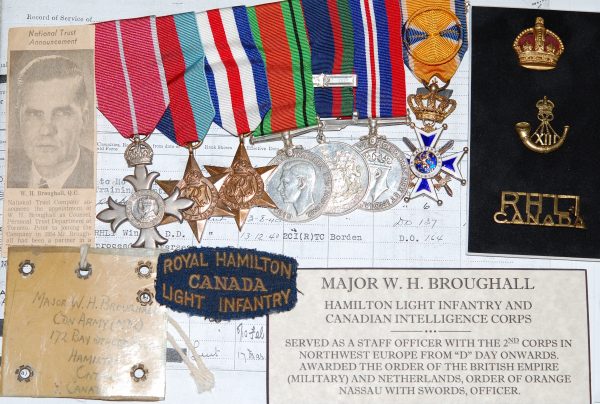 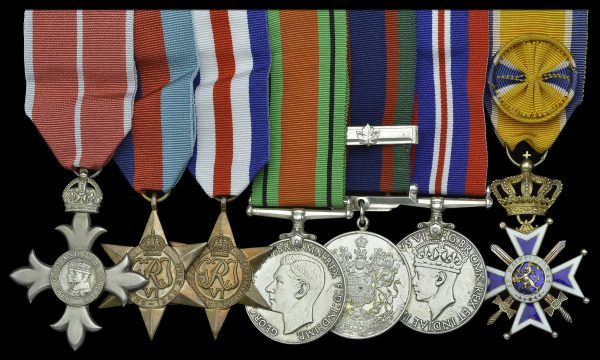