Walter Travis Swire Williams was born in Portmadoc, Carnarvonshire, on 31 May 1897, and joined the Royal Naval Air Service as Flight Sub Lieutenant on 11 July 1915. Training at Whale Island and Eastchurch, he completed his training on 9 October 1915 and was posted to Yarmouth on 6 November of that year. On 14 March 1916, he was posted to No. 2 Wing, East Mediterranean.

No. 2 Wing, R.N.A.S., the HQ of which was H.M.S. Ark Royal at Mudros, was known as the Aegean Group. It flew seaplanes and landplanes from aerodromes situated on various small islands in the Aegean Sea off the Turkish, Bulgarian and the Greek coasts. This including bases at Mudros, Stavros, Thasos and Imbros. The aircraft used at this time were usually a mixed bag of types and many aircraft obsolete from use on the Western Front. For example, a typical raid flying from Thasos in in late 1916 consisted of four Henri Farmans, a Nieuport two seater and one or two Bristol Scouts! Pilots were often involved flying for long distances over the sea and rugged enemy held territory in Thrace and Macedonia, bombing strategic targets in the eastern Mediterranean. The problems of flying in this area were compounded by heat and dust which often meant overheated and clogged engines.

Williams’ service record notes only service with No. 2 Wing Eastern Mediterranean and is not specific as to what Island he was based at although it seems likely he served from several. Certainly Mudros is mentioned in connection with a telegram sent on 8 January 1917 regarding Williams being slightly injured after an accident on 4 January, after a successful flight of nearly 200 miles. This date coincides with the raid for which he was originally recommended for the award of the Distinguished Service Cross: ‘He took part in a bombing attack on the Kuleli Burgas Bridge on 4th January, 1917, scoring several direct hits and doing considerable damage. Considerable anti-aircraft, rifle and machine gun fire was experienced during the attack, and also from Kishan on the return journey.’ In the end his recommendation was downgraded, and he was instead Mentioned in Despatches (London Gazette 22 June 1917).

A short biography on Canadian pilot, Flight Sub-Lieutenant J. R. S. Devlin, R.N.A.S, who was also recommended for and received a D.S.C. for this raid, suggests the bombing was a night raid made by 3 Henri Farman’s.

Promoted to Flight Leader, a note in his service record from Mudros, dated 1 April 1917, states: ‘A very keen and smart Officer, very zealous and capable 120 hours active service flying, commands flight with good results. Capable and hardworking. Good command of men’. For his gallantry on St. George’s Day 1917 he was finally awarded the Distinguished Service Cross, the announcement for which appeared in the same Gazette as those D.S.C.s awarded for the earlier Kuleli Burgas Bridge attack.

On 14 July 1917 Williams was admitted to hospital with Malaria. Discharged from hospital on 25 September, he was found fit only for ground duties, and was posted to Grain R.N.A.S. Station for service as Assistant Executive Officer. He stayed on in the Royal Air Force post-War, and was promoted Flight Lieutenant on 1 January 1922, before retiring in 1925 after producing the R.A.F. displays for the Wembley Tattoo of that year. He was recalled to service with the Royal Air Force Volunteer Reserve in 1939. Promoted Squadron Leader and acting Wing Commander, he took charge of all film activities at the Air Ministry, forming the R.A.F. Film Production unit, and also served as head of PR1 Films Division of the Directorate of Public Relations at the Air Ministry. He was also occupied throughout the War years in the writing of the Official Air History of the 1939-45 War. He died in service in R.A.F. Hospital Ely on Christmas Day 1947, and is buried under a C.W.G.C. Headstone in Cambridge City Cemetery, one of the last C.W.G.C. commemorated deaths of the Second World War.

Sold together with extensive copied research, including a photographic image of the recipient taken from his flying certificate, dated 7 September 1915. 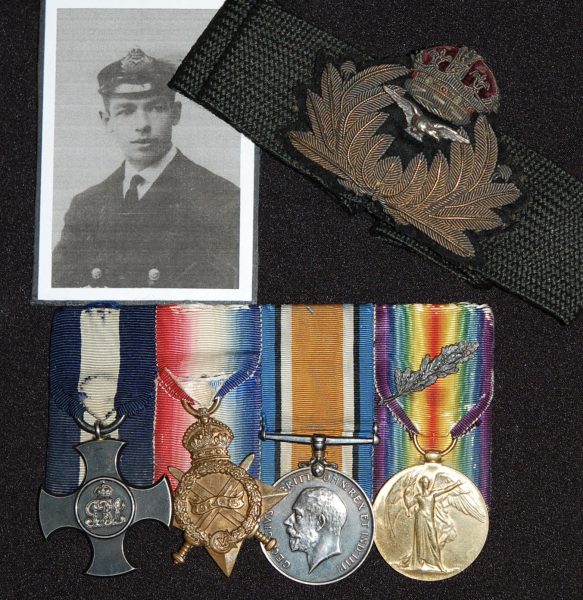 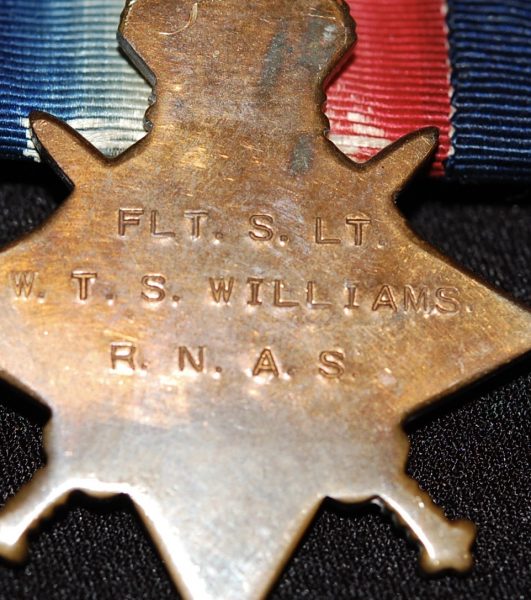 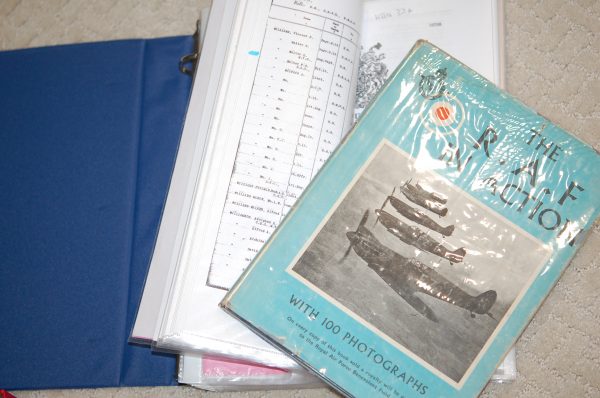